Intro. I've worked with multinationals (e.g. Mercedes, C&A), NGOs (e.g. WaterAid, Christian Aid), been a creative lead for multiple Diageo brands, directed commercials and music videos, taught creativity, created products, and contributed to the Venice Biannual. In short, I have experience in virtually every sector. Below you'll find a very small sample of projects. For more on my strategic approach, see my About page.

Blender. I worked as "Head of Copy"at Blender, an open source 3D software program sponsored by Google, Microsoft Facebook, Amazon, Apple, Intel, and many more. As well as the program itself, Blender makes 3D short films. The most recent was directed and designed by former Pixar creatives.

Brief. Document the technical/creative development process of both Blender and its films. Edit documentation for coders. Articles about Blender-related topics. For example, its use in the Oscar-nominated Wolfwalkers.

Extract. From a cover story for the industry-leading CG magazine, 3D World.

How much would you charge for this software?

No judgement: billions of people want some variation of this life.  Besides, you’ve made sacrifices. You help creative people make beautiful things. You deserve it.

But, practically, villas aren’t cheap. You’ll need money. Lots of it. So how about charging people a monthly subscription? Or a one-off licence? Or payment for commercial usage?

How about the software is free to download and free to use for anyone  anywhere for whatever purpose, forever and ever? How about you’re happy if somebody makes  a whole feature film with your program… and you get zilch in return?

In which case, the obvious  question is, ‘why?’

Ecover. One the original eco brands, cleaning dishes since your granny was a hippie.

Brief. Ecover is perceived as green but ineffective. So: how to attract new customers without alienating a core target who equate effective cleaning with chemicals (correctly)? In other words, a double proposition: make Ecover green and clean. Click image for examples.

Approach. Under the tagline, "Get nature on your side," we combined playful visuals with (hopefully) convincing benefits.

My role. Headlines, copy, scripts (for an online ad and an explainer video), strategic input, tagline, presentation writing, and text for an infographic (on the dangers of palm oil).

Greenpeace. Really? An explanation? Okay: Greenpeace are a gigantic organisation committed to keeping this planet liveable. Bono likes them: in fact, he paid for their Amsterdam offices (where this campaign was developed).

Brief. Greenpeace wanted Westerners to realise that fragile, faraway ecosystems were good for more than holidays and wildlife documentaries.

Note. Looking back, I find the entitled tone of this campaign unsettling. But I include it because I've wanted to work with Greenpeace since I was a boy.

Arco. A luxury furniture maker specializing in handcrafted tables. They provided Apple with all their tables for their new headquarters.

Brief. Arco were in need of strategic and copy advice. Over a number of years, I assisted with both -- working alongside a senior strategist friend. So the brief was loose: how to define Arco on all fronts, using existing work as a base.

Approach. A headline also became the brand's positioning statement: "Handcrafted tables, for this generation. And the next." These words hit many of Arco's values: craft, sustainability, timeless design. I've done a lot of work on Arco, exploring various nuances of this statement. Click image for examples.

Extract. Part of the Arco manifesto.

What’s a table? Four legs and a plank, right? Right.

But sometimes, it’s also a canvas: where you draw, write, code, make magic.

Or an office: where deals are done and master plans made.

Or a stage: where you fight and makeup, get dramatic or romantic.

Or a sanctuary: where you gather the tribe and talk through your troubles.

Or a house: where you hide with your niece, a blanket for a roof and pillows for walls.

Sometimes, it’s a memory machine: where your kids learned to hate broccoli and love ice cream.

And sometimes, a table is just a table: where you eat and hang out, share dumb jokes and deep  ideas. 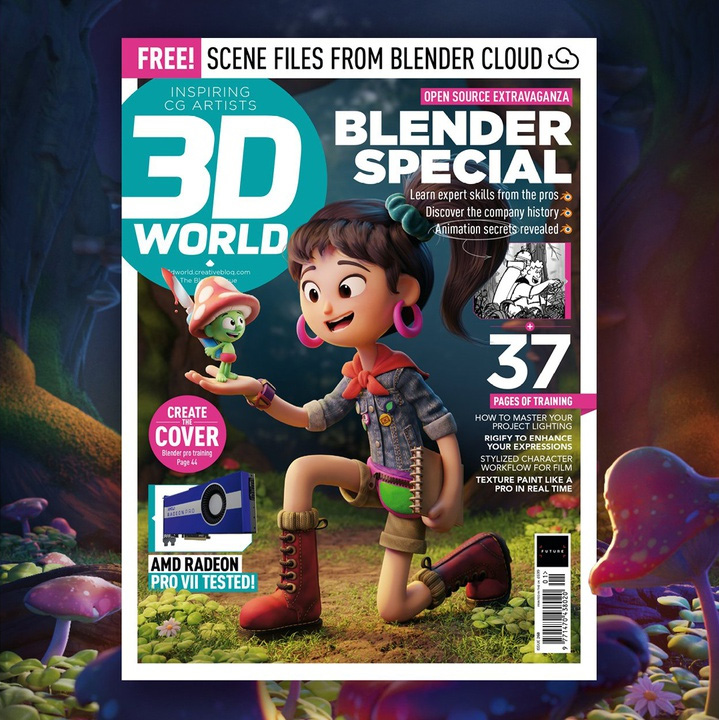 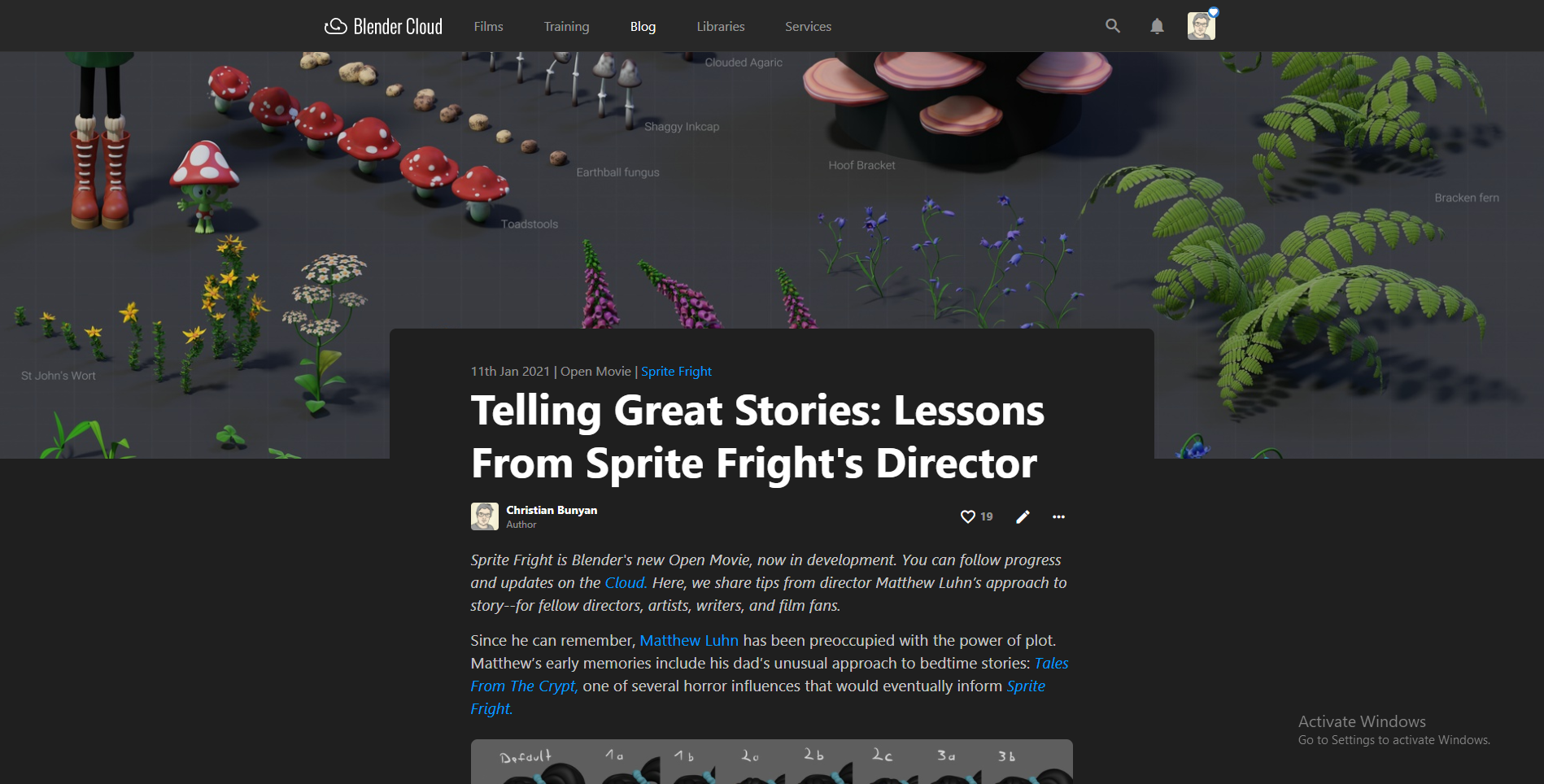 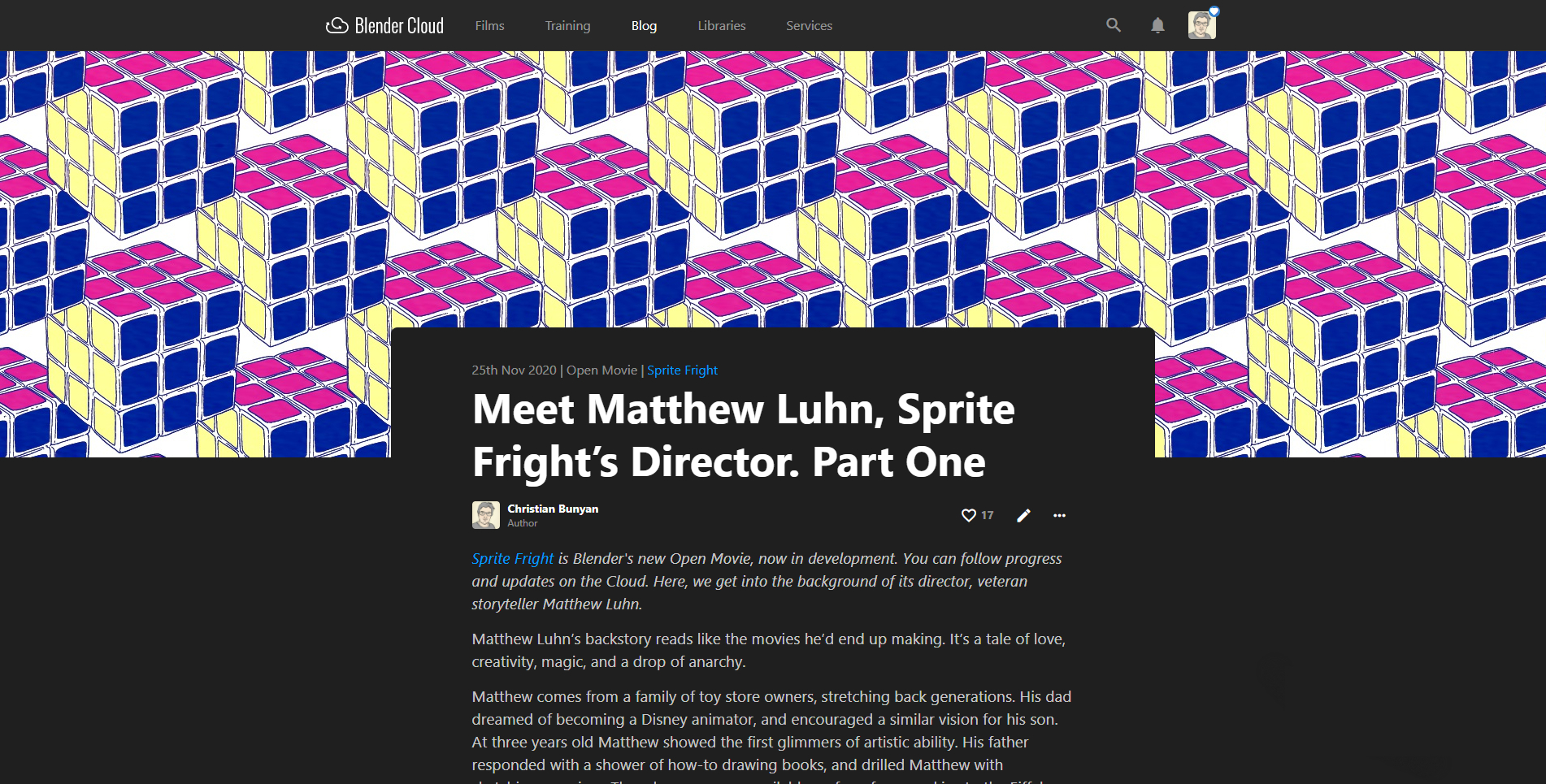 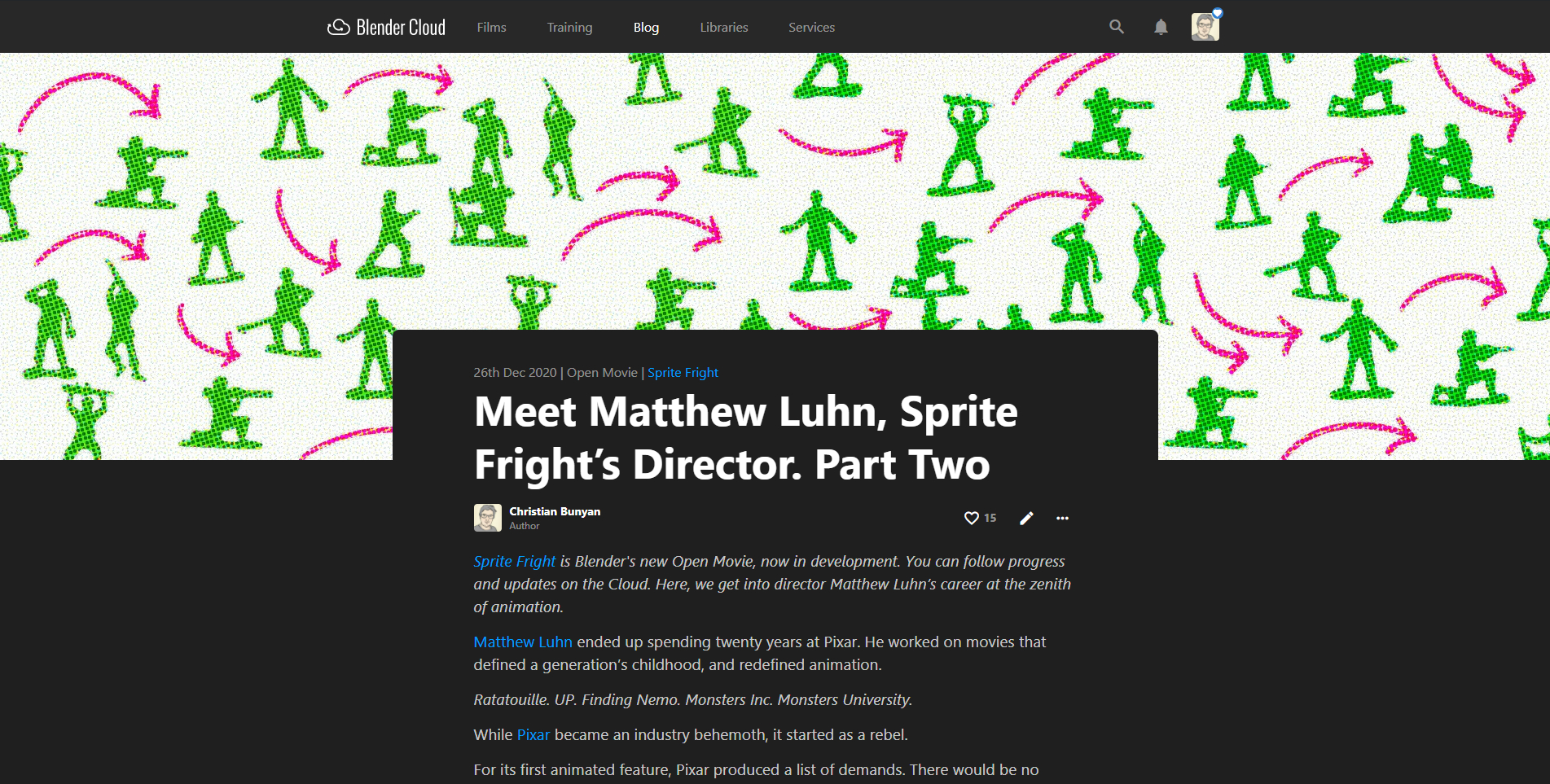 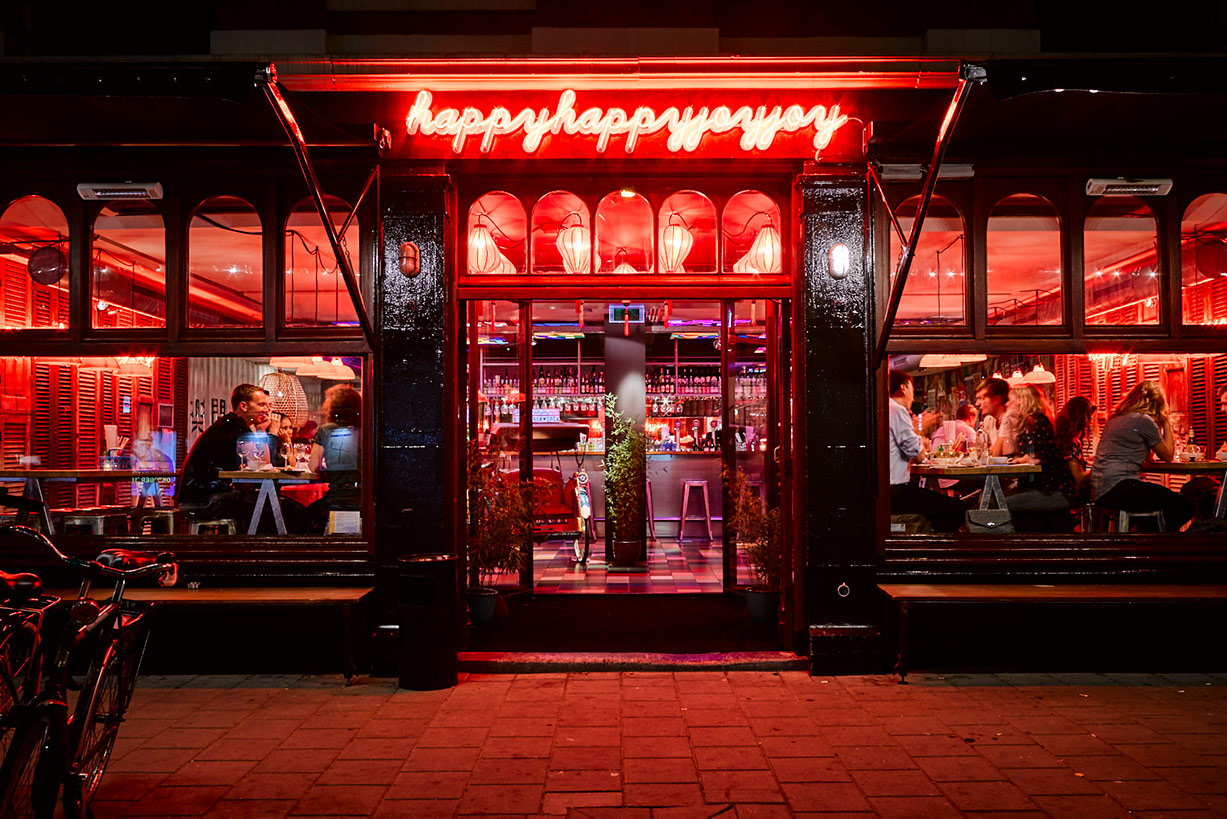 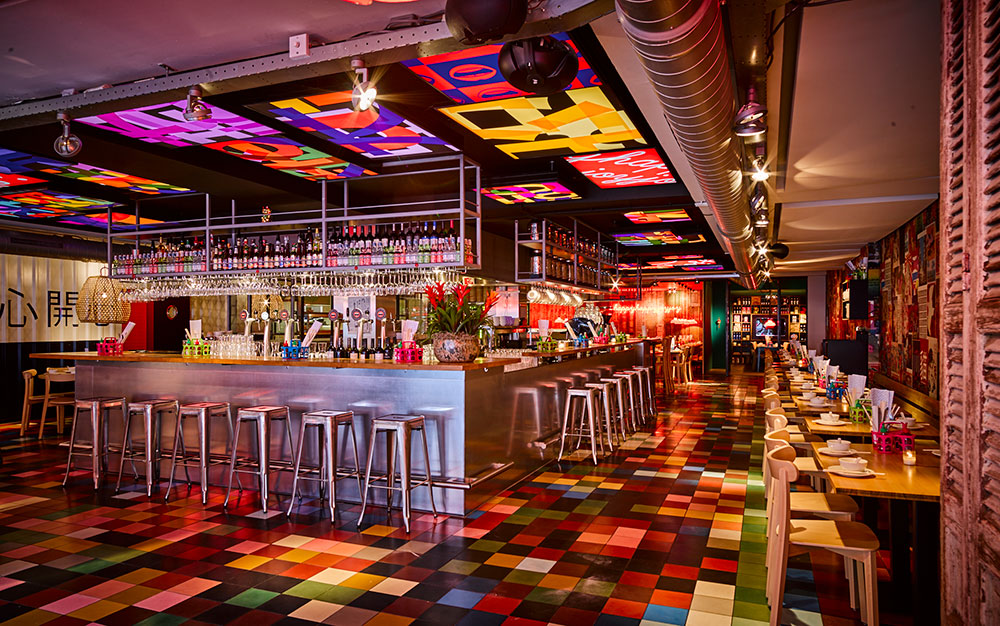 happyhappyjoyjoy. A fusion restaurant started by a TV chef and one of the world's leading interior architects.

Brief. Help develop the brand by providing a brand book that also acts as an invitation to potential investors.

Extract. From the happyhappyjoyjoy brand book.

This is an invitation on a journey.

The invitation is to join us by opening your very own branch of happyhappyjoyjoy, a restaurant serving the very finest Asian street food.

Of course, it’s wise to know what you’re getting yourself into. As Confucius said, "In business, the path to success is knowledge."

Actually, he didn't say that. We did.

But it sounds about right, which is why this book forms a brief introduction to our brand. Whatever you decide, know this: join our franchise, and we'll ensure a version of happyhappyjoy to fit your needs, whether that means filling five hundred meters atop a hotel, or five meters next to a train station. Stadium or street cart: it's all good.

Brief. This classic had a problem: it was a little too classic. It wanted to attract a younger, international audience while not alienating its existing, older target.

Approach. The French are known for their charm (and also their rudeness, but we decided to ignore that particular stereotype). As a typically French product, Grand Marnier was positioned to crusade for charm in an increasingly charmless world. This was done through online films, OOH, POS, a website revamp, and a dynamic advertising campaign in which Grand Marnier produced ads reacting to the news in real time (in this case, "dynamic" doesn't mean "AI," it means that I wrote an ad every day live for a couple of months). Click image for example.

Advertising For People Who Don't Like Advertising. A book for those who are sceptical of advertising (i.e. everyone).

Brief. A self-initiated project that ended up being sold all over the world, via publisher Lawrence King. The chosen theme was a frustration with advertising, and how to turn that frustration into something good.

My role. Writer, editor, and concept.

Extract. From the introduction.

This book is for anyone who's ever been irritated by an ad break or frustrated by a web banner. In other words, most people.

We understand how you feel. We really do.

However, it’s only fair to inform you: we make ads.

Amongst many, many other projects, we’ve worked with global brands to make fashion collections, turned dogshit into mini billboards and promoted a Dutch province by staging a mass wedding.

KesselsKramer (KK) began in 1996, born from a dislike of adverts in general, as well as the industry conventions that produced them.

One of those conventions was the use of the word “advertising” itself. KK felt that “advertising” stood for a narrow mindset: the assembly-line production of formulaic billboards, TV ads and radio spots.

Instead, KesselsKramer became preoccupied with making communications. For KK “communications” stood for truthful, human messages that told a brand’s story in any and all available media.

Though now common, this approach was then novel: using music videos, books, exhibitions and stunts to support a product was rare.

This love of diversity also underscored a restlessness that extended beyond advertising. Outside commercial briefs, KesselsKramer spent (and spends) its time expressing creative ideas wherever the possibility arises. After all, an idea is still an idea, whether it comes attached to a marketing message or not.

Over time, this version of communications came to encompass the publication of books on photography (through KK’s in-house publisher) and an own brand, “do,” whose many products aim to make consumerism less passive.

In part, this book is an invitation to all those who would mess with creativity and commerce.

Above all, it’s about using frustration as fuel to make things better. 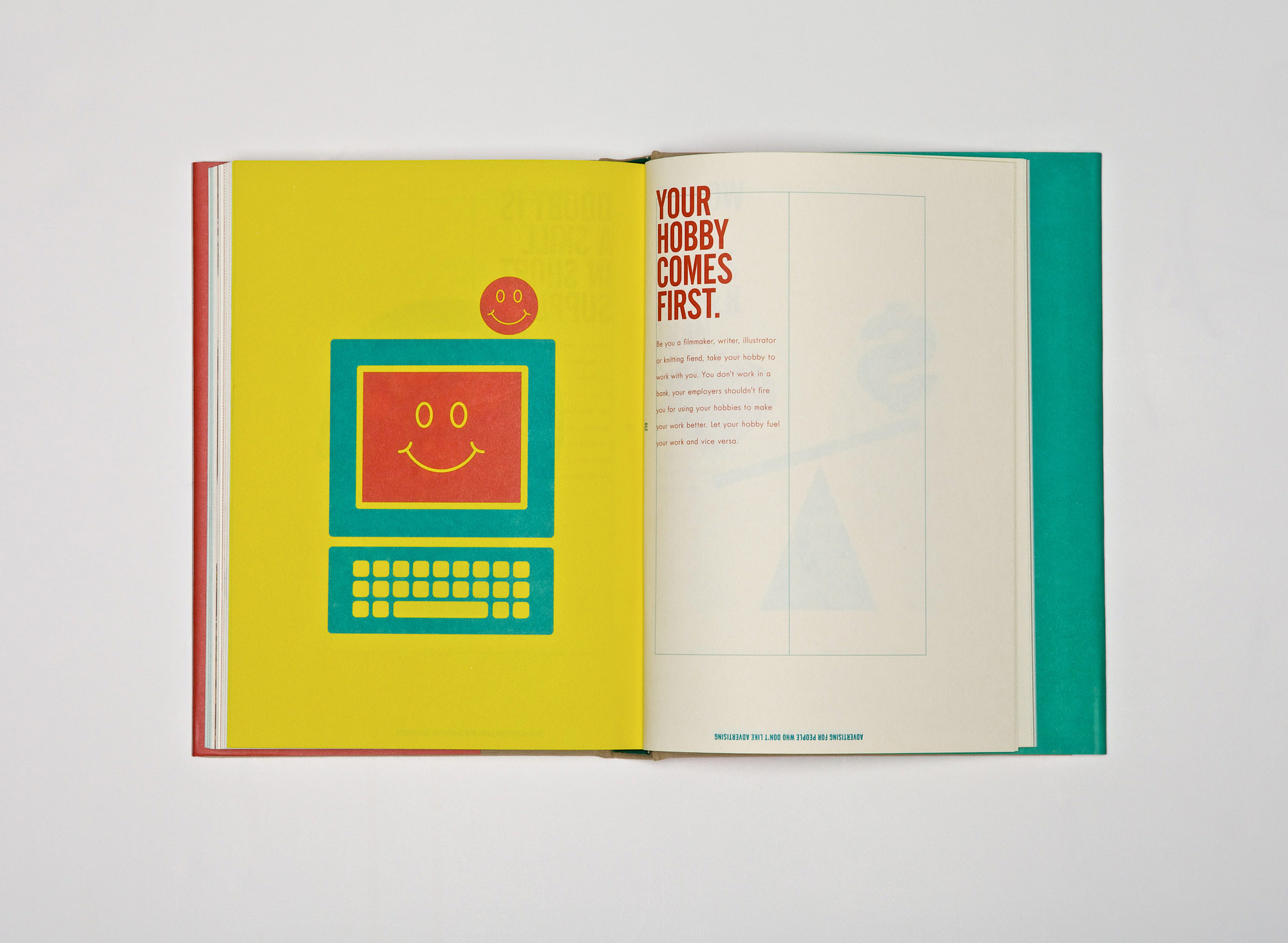 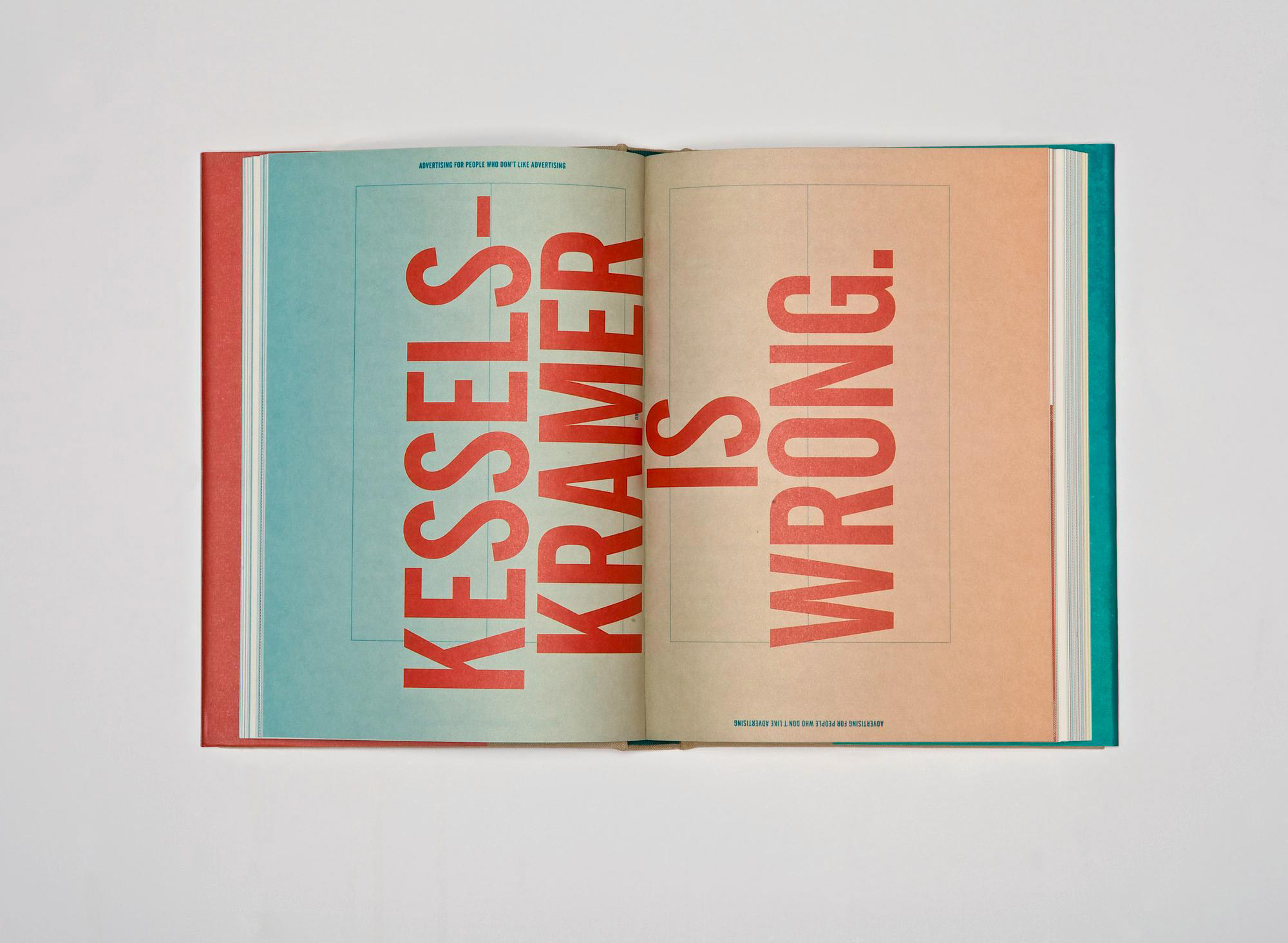 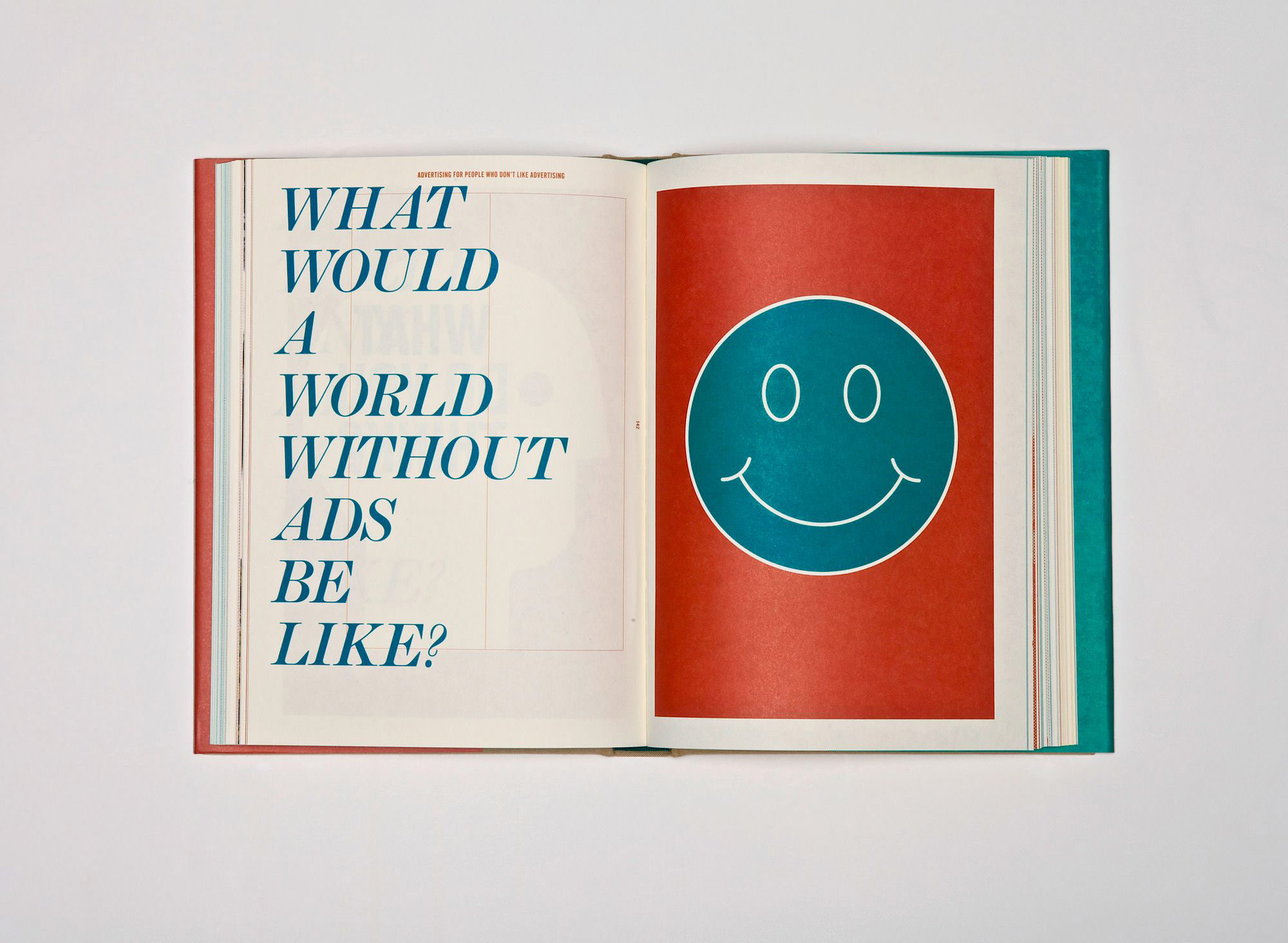 Illustration. I'm trained in various forms of design and illustration. While this site isn't focused on these aspects of my practice, I'm sharing a small sample here: many of my clients have a background in design (mostly at a far higher level than mine), and some find it helpful to see I have some affinity with their process. Click image for examples.

Background. My mentors in illustration and design include artists at Pixar, Disney, Ubisoft, Sony Pictures, and Industrial Light & Magic. Also: university level design teachers, professional UI designers, and digital marketers with a foundation in best practices. I also hold a post grad in advertising, which included Art Direction. As an illustrator, I've worked with scientists and sports camera brands. 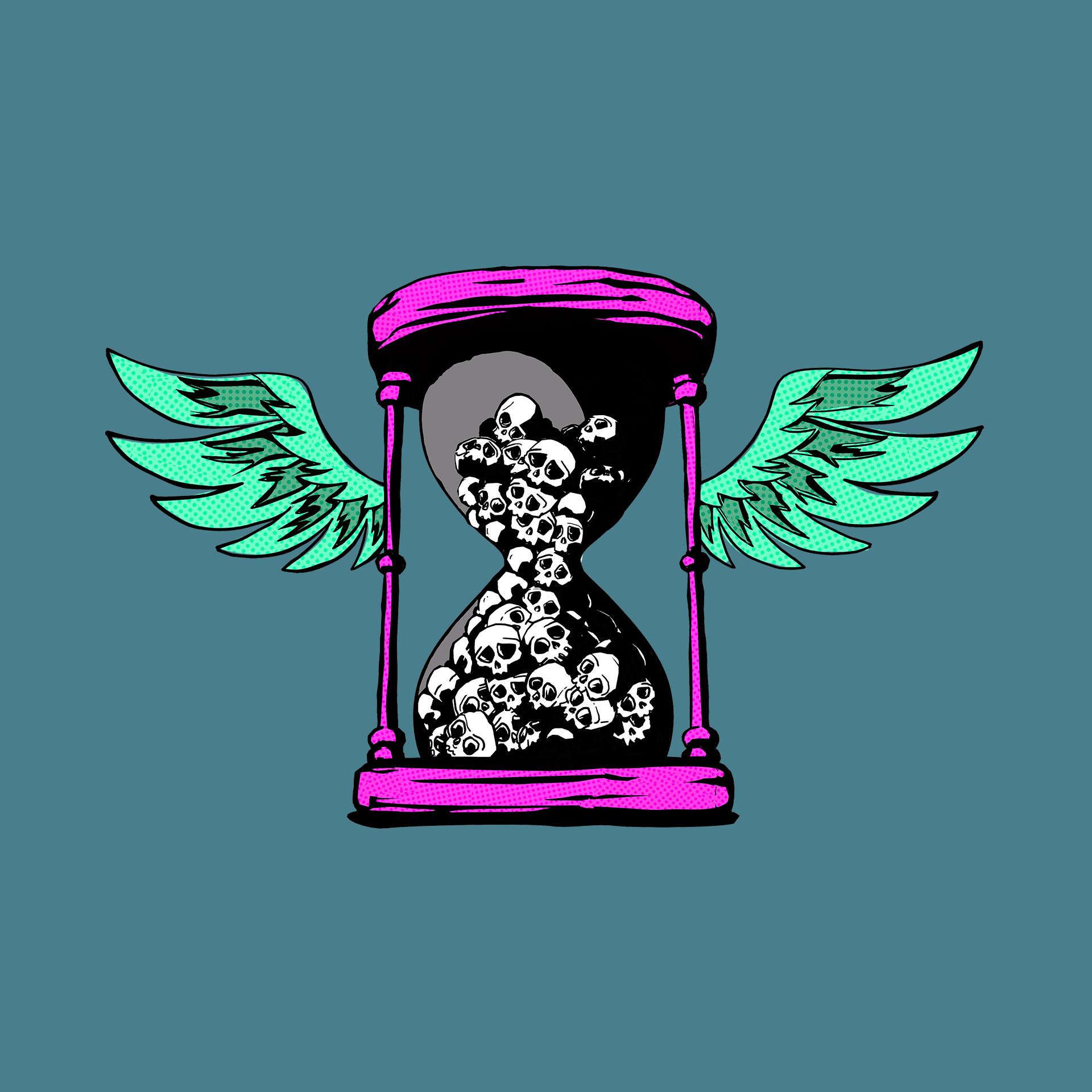